I ran across him today because the Kennet and Avon Canal Company named a tunnel after him. 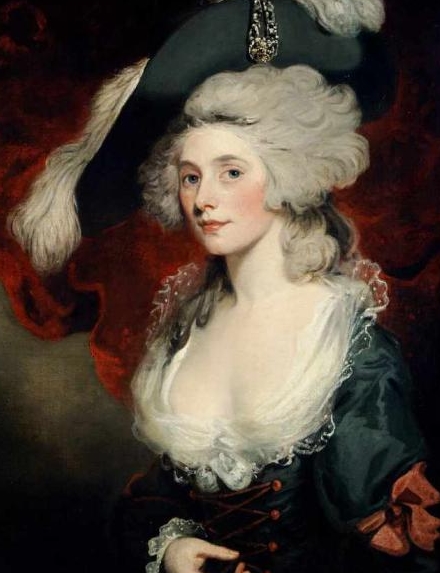 Mary Robinson is a rather a tragic figure. As a young woman she turned to the stage to support her penniless but free-spending husband, and became a famous actress, nicknamed "Perdita" after her famous turn in Shakespeare's The Winter Tale. There she drew the attention of the Prince of Wales, and wound up becoming one of the many women he screwed and then screwed over. (Later she was also involved with Banastre Tarleton, who I believe was posted here himself not that long ago, but he eventually married someone else.) Her affair with the Prince ruined her stage career, and an illness her in late twenties left her partially paralyzed. Thereafter she turned to writing full-time and became known as the "English Sappho". After continued illness she died in her early forties, survived by her daughter.

OK, I know the general consensus on Oliver Cromwell is NOT, but what about his son Henry?

( Whoa, who is that guy?Collapse )

Frank_Plumpton_Ramsey: math geek with a side of philosophy. Depressive, died young, drank cocoa with Wittengenstein, learned German in a week, married a woman named after a leafy vegetable. And, um, impeccable hair.

Have you guys seen this? http://bangabledudesinhistory.blogspot.com/

I remember dancing to the Hungarian Dance in my ballet class 10 years ago.....never knew the composer I was listening to was such a hunk...

Jean Börlin was a famous ballet dancer in Sweden. He was born in 1893, and became a prominent dancer at the royal Opera in Stockholm at a fairly young age. He was the premier danseur and coreographer for Les Ballets Suédois in Paris, and that dance troup played an important part in developing what we know as modern dance in this day and age! So, basically, he's not super well known, but you'll probably have heard about him if you're into dance and ballet. He was also openly homosexual and lived with a Swedish nobleman named Rolf de Maré for several years, which made him kind of notorious in Sweden. He also made some artsy french silent films with René Clair before he died in 1930.

From what I've read and heard, people thought that he was rather cute back in the day. So, was he hot or not? :D